The plot has unrivalled views over North Berwick's coastline

Allied Surveyors Scotland has been appointed to sell the former Heugh Reservoir in North Berwick, seeking offers over £450,000.

Dating to 1905, the circular tank was previously a cold-water storage facility serving the town until it was decommissioned by Scottish Water in around 2004.

The 9,686 sq ft property, which occupies a half-acre plot on Heugh Brae, around 1-mile to the south of the town centre, has an unusual dodecahedral shaped, category B-listed roof.

It is being sold with consent to develop a two storey, six-bedroom house on what is considered to be the most elevated residential development plot in the town. 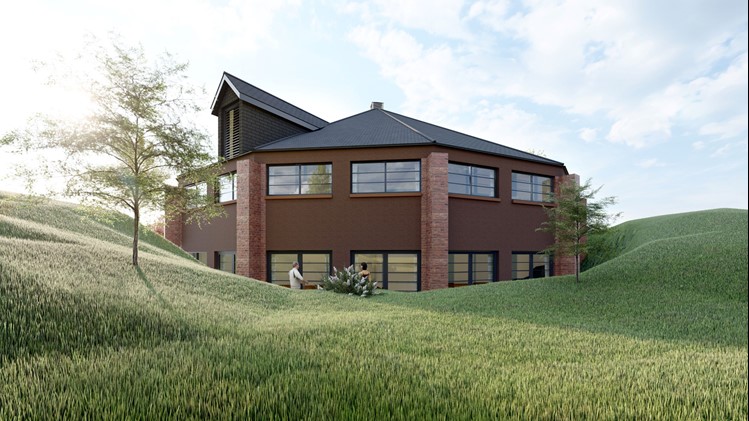 Artist impression CGI of how a completed development may look

“We anticipate keen interest from developers looking for a project with a significant ‘wow’ factor in one of Scotland’s most sought-after coastal towns.”

Planning consent was granted by East Lothian Council in April 2020.

In July, Allied Surveyors completed the sale of the former Macdonald Marine Hotel staff accommodation block, also in North Berwick, for in excess of the £1.353 million asking price.

Coverage of this story:

Iain is a Director of Allied Surveyors Scotland plc and opened the firm's first east coast commercial agency in April 2018.  With nearly 20 years' experience of the Scottish market, he has become a tenacious deal maker covering the Lothians, Scottish Borders and Perth & Kinross regions. In August 2020 he became an Associate of RICS.

In his spare time he is a freelance writer, enjoys running and is also a qualified youth football coach with Haddington Athletic where he coaches an under-14 team.

Please drop us a note if there is any property related matter we can help you with.